Although these types of fungal infections a rarely discussed they are actually very common throughout our society. One reason that it is considered to be a taboo subject is the belief that contracting a fungal infection means that the person is dirty or has poor hygiene. Although, poor hygiene can play a part in contracting a fungal infection, most people will get an infection after taking a course of antibiotics, when their immune system is low, from physical contact with an infected person, from an infected item such as a towel or from a pet. However, this is an important topic and even though it is not one that is likely to be discussed, it is important to raise this conversation and to talk about the various types of fungal infections that individuals might be exposed to. Therefore, a listing of the most common types that might affect men women and children and how they are treated would be in order.

What Causes a Fungal Infection?

First of all, it is important to know that fungus is always present. However, the body’s natural immune system is constructed as such where fungus is always being combated. This is due to the fact that the human body contains bacteria that is non-health threatening and protects the individual, through their immune system, from incurring infections that are fungal in nature.

However, if for any reason, the individual’s autoimmune system has been compromised then there is a significant possibility that fungus may present itself and become a medical issue. Another reason why an individual may have challenges in warding off fungus conditions is due to the fact that they may have taken antibiotics that kill both harmful bacteria as well as the natural defense bacteria that prevent the growth of yeast and fungus, which is why people who are prone to fungal infections will often discover an infection after taking a course of antibiotics. These types of fungal infections are caused by yeast. Yes, yeast is a fungus and can affect the skin of the human body or can be found in the mucous membranes of the body. These types of fungus infections can lie in wait and not even be active. However, when the right conditions present themselves then they can be activated and become what is known as candidacies.
The symptoms of this fungus present themselves as a rash on the skin, patches on the skin that contain pus and pimples with an accompanying rash on the infected area.

These types of fungal infections are experienced more by the adult than the adolescent. It exhibits itself by discoloring the skin and creating a reddish/brown looking patch on the outward portion of the skin. The symptoms of this type of fungus are rashes without an accompanying itch and the patches that are reddish and brown in appearance. Additional types of fungal infections that can affect the skin are known as ringworm. It is not really a worm but gives the appearance of looking like a worm because it is symptomized by a reddish ring that appears.

This particular fungal skin infection is sometimes due to the individual not eating properly, being malnourished or a lack of or poor hygiene. However, this is not the only way that the infection can be triggered; this type of fungus thrives in a warm and moist climate, is contagious and can be transmitted from person to person.

The symptoms of ringworm include a ring on the skin that is scaly in appearance. The fungus also causes an itchy sensation on the skin and he eventually the area begins to blister with the appearance of pus in the affected area.

In addition, these types of fungal infections can appear on the skin and also on the nails. If it infects the nails the corresponding symptoms include a thickness of the nails, a discoloration and the appearance of being crumpled.

Another area that is a prime location for the presence of ringworm is on the feet and is called athletes foot or foot ringworm and is known by the medical name of Tinea Pedis. This type of fungal infection is present on the feet and in particular presents itself between the toes. Often the affected area is white and discolored with additional symptoms of being itchy and the presence of a rash.

Other common types of fungus infections are a fungus infection of the nail. This is called onychomycosis. The progression of this fungal infection of the nail begins as a small spot on the nail that is light and color. As the fungus spreads deeper into the nail it begins to change the color and shape of the infected nail. Eventually, the nail becomes more brittle and becomes significantly thick. Often, onychomycosis is painful in nature and can reoccur.

The Best Way to Prevent These Types of Fungal Infections –

The best way to prevent a recurring fungal infection or to stop it happening in the first place is to ensure proper care of the skin. This proper care should include routine cleaning and drying and ensuring that one always washes their hands especially after coming in contact with other people or animals.

It is also important to avoid using other people’s bathing materials such as a wash cloth and towel and always wear shower shoes when using public showers or swimming pools.

One other significant measure that can be taken to prevent the presence of a fungus infection is to wipe down gym equipment when working out at an athletic club.

Kesh Smith, research manager and editor-in-chief of the All Right Reviews platform, is a board-certified Physician Assistant whose practice locations include the North U.S. He brings her years of experience in healthcare technology and clinical expertise, helping the team create high-quality, top-notch, and engaging contents that uphold the highest medical integrity. He also writes new articles, and reviews and oversees the national network of doctors complying with the materials. He is also passionate about fitness nutrition and accomplishing better health by spending time between the gym and the kitchen. He has a track record of execution and success in online healthcare content and a deep passion and some decade of experience with consumer health products and safety. 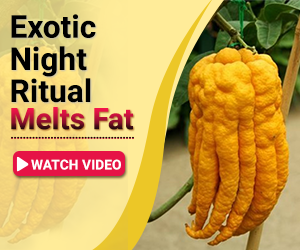